Note: This site contains affiliate links and we could recieve a small comission that supports this site if you were to make a purchase on their websites using our links for no extra charge to you.

Next up was a quick walk over to see David at Fly Bikes to see their new products that they had on display. I had a good feeling we would be seeing a handful of new items from these guys, and they definitely did. Let’s get into this!

END_OF_DOCUMENT_TOKEN_TO_BE_REPLACED

BMX is awesome for the simple fact that it has done so much for my life. The last few years have given me a chance to experience so many things that I never thought I’d get to do growing up. The people I’ve met, the places I’ve been, the events I’ve experienced, and the lifestyle I’ve got to be apart of has definitely formed the person I am today. 2010 is only a few days away from being over, and another year that will be able to top this year will be starting. In the past 12 months, I’ve been snapping photos to remind me of all the fun and good times I’ve had along the way. I’ve selected something like 85 photos from a few thousand, and then linked to the rest of the photos from each trip between here, DIG, and my facebook albums with party photos. The photos go with about 5000 words to explain a little bit about each photo. Check it out and let me know what you think in the comments…
END_OF_DOCUMENT_TOKEN_TO_BE_REPLACED 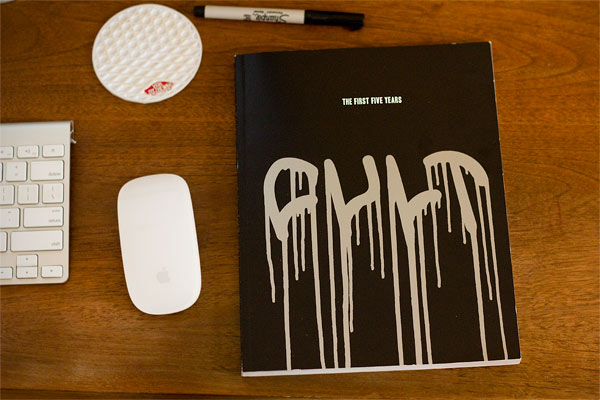 Today, the mailman dropped off a little surprise that we didn’t expect from the guys over at Cult. Inside, we found a copy of their new book “The First Five Years” that looks back on the first five years of the brands existence. The book is filled with photos, print ads and words that cover trips, events and really just a look at the diverse family that Robbie Morales and the team have formed since its inception in 2010.

It’s kind of crazy how something like this can spark a memory you forgot about. The first thing I thought looking into this was one from Interbike in 2009 hearing rumors that Robbie was working on something new and there would be some interesting things coming about. That was my 2nd or 3rd Interbike and the industry was still pretty new and unfamiliar territory to myself, but you could feel the excitement and tension revolving around how Cult all came to be. It was hard to not take notice and want to find out what was going on.

Since then, the entire Cult (CVLT for those of you who remember the early days) program has definitely proven that the decision to make some moves to do something on their own terms (I say they because it was far more than just Robbie that were driving forces behind making this happen) was right for them. Honestly, in BMX’s tight economy that has really seen some pretty rough times over the past few years, it wasn’t an easy accomplishment to even make it five years, but today they’re still here and one of the most well known brands in BMX. They have seen hardships, a good amount of resistance or hate from some riders and plenty of good times along the way and this book is a good reminder that BMX is more than just about tricks or bikes.

I know The Union wouldn’t be where it is today without the support of Cult, or really any of the other amazing brands in BMX that have been helping to grow and push this sport of ours in new directions and places, and this book is a reminder of that for us personally.

With that being said, I’d like to give a huge thank you to Robbie, Neal, Veesh, Javee and all the guys behind the scenes at Cult making that ship float on a daily basis. On to the next five years.

You can learn more about “The First Five Years” and pick up a copy for $19.95 in the Cult Webstore now. 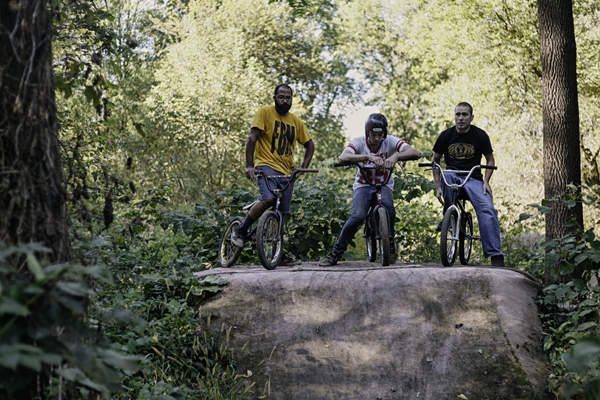 THIS POST IS STICKIED UNTIL TOMORROW – Interbike Coverage below.

I was recently out East for a trip and ended up riding the very first set of trails I ever rode back in 1997 in Binghamton, New York. Endwell trails have been around for quite some time now and each year I have been back to New York in the past three years or so I have tried to make plans to shoot there and for some reason it never worked out due to crazy weather, the trails not running or any other of the many reasons…until now. I finally got the chance to shoot there this past weekend. It was rad getting to ride with some of my best friends and then finish the day behind the lens. I took some time to sit down and put together interviews with each of the three main locals that have helped keep Endwell alive past and present. Take a few minutes to get some history on one of the many amazing trail spots on the East Coast. When you are done with that be sure to check out the photogallery right here.

END_OF_DOCUMENT_TOKEN_TO_BE_REPLACED

2009 is just a few short days away from being complete, and the new year will begin. This year was pretty crazy for me personally. I have trouble remembering everything I did, but that’s why I always have a camera with me. It helps me put the pieces together (my memory is a little fuzzy after a couple concussions). I’ve stored all my photos into my hard drive and thought it would be pretty cool to go over the year with some of my favorite photos and videos. So follow me…
END_OF_DOCUMENT_TOKEN_TO_BE_REPLACED

Note: This site contains affiliate links and we could recieve a small comission that supports this site if you were to make a purchase on their websites using our links for no extra charge to you.